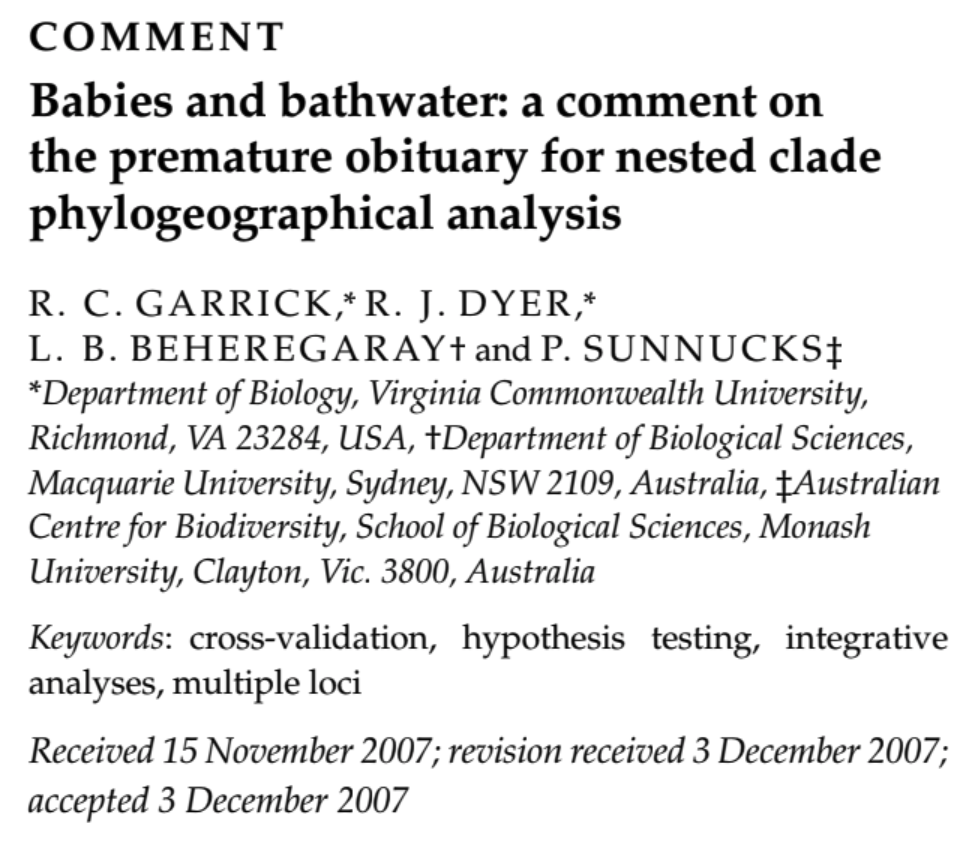 Babies and bathwater: a comment on the premature obituary for nested clade phylogeographical analysis

A recent commentary in Molecular Ecology by Petit (2008) paints a rather grim picture of the utility of nested clade phylogeographical analysis (NCPA) for inferring population history. Drawing on simulation studies based on single locus data sets, including the recent work by Panchal & Beaumont (2007), the potential fallibility of NCPA was characterized as being so dire that the method should be abandoned until further evidence in support of its legitimacy emerges. Here, we reconsider the arguments presented by Petit in light of practical approaches for validating or strengthening inferences drawn from NCPA. As with any method that attempts to distinguish processes and events that shaped spatial-genetic structuring throughout complex evolutionary histories of natural populations, we propose that treatment of NCPA inferences should be set in the context of corroborating evidence (or lack thereof) that support those inferences. Indeed, results from computer simulation, studies lend no support to the idea that NCPA should not be employed for generating plausible hypotheses (i.e. consistent with species biology and landscape history) that can be further tested using other methods. Moreover, cross-validation of NCPA inferences via assessment of multiple independent loci, complementary analyses, and/or prior expectations, should at least partly — perhaps considerably — counter high false-positive rates reported for some inferences. NCPA uniquely offers the ability to explore patterns relating to complex, historical scenarios: an over-reaction to Panchal & Beaumont (2007) should not precipitate throwing out an approach currently with no computationally feasible substitute.