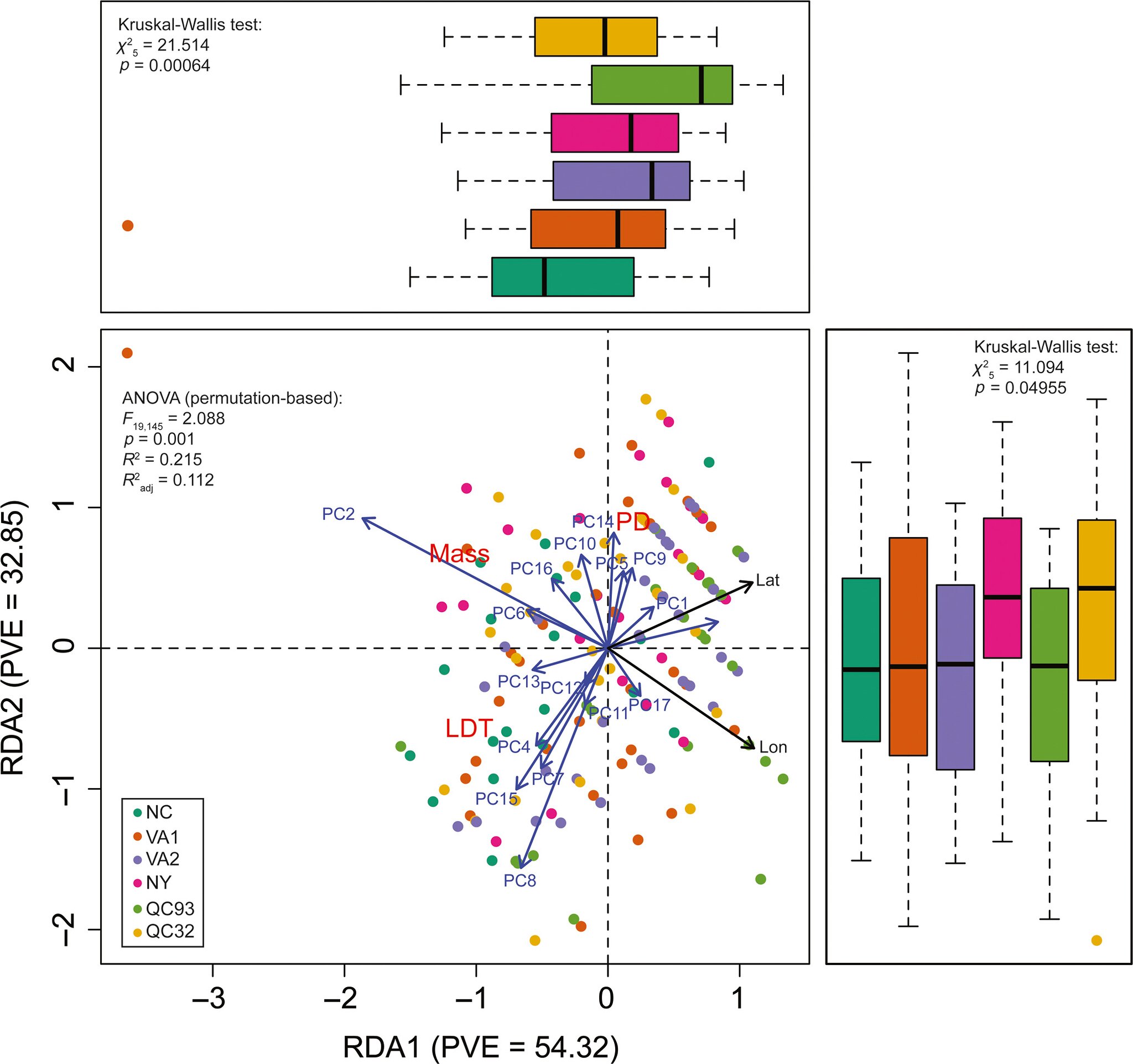 The European gypsy moth (Lymantria dispar L.) was first introduced to Massachusetts in 1869 and within 150 years has spread throughout eastern North America. This large‐scale invasion across a heterogeneous landscape allows examination of the genetic signatures of adaptation potentially associated with rapid geographical spread. We tested the hypothesis that spatially divergent natural selection has driven observed changes in three developmental traits that were measured in a common garden for 165 adult moths sampled from six populations across a latitudinal gradient covering the entirety of the range. We generated genotype data for 91,468 single nucleotide polymorphisms based on double digest restriction‐site associated DNA sequencing and used these data to discover genome‐wide associations for each trait, as well as to test for signatures of selection on the discovered architectures. Genetic structure across the introduced range of gypsy moth was low in magnitude (FST = 0.069), with signatures of bottlenecks and spatial expansion apparent in the rare portion of the allele frequency spectrum. Results from applications of Bayesian sparse linear mixed models were consistent with the presumed polygenic architectures of each trait. Further analyses indicated spatially divergent natural selection acting on larval development time and pupal mass, with the linkage disequilibrium component of this test acting as the main driver of observed patterns. The populations most important for these signals were two range‐edge populations established less than 30 generations ago. We discuss the importance of rapid polygenic adaptation to the ability of non‐native species to invade novel environments.