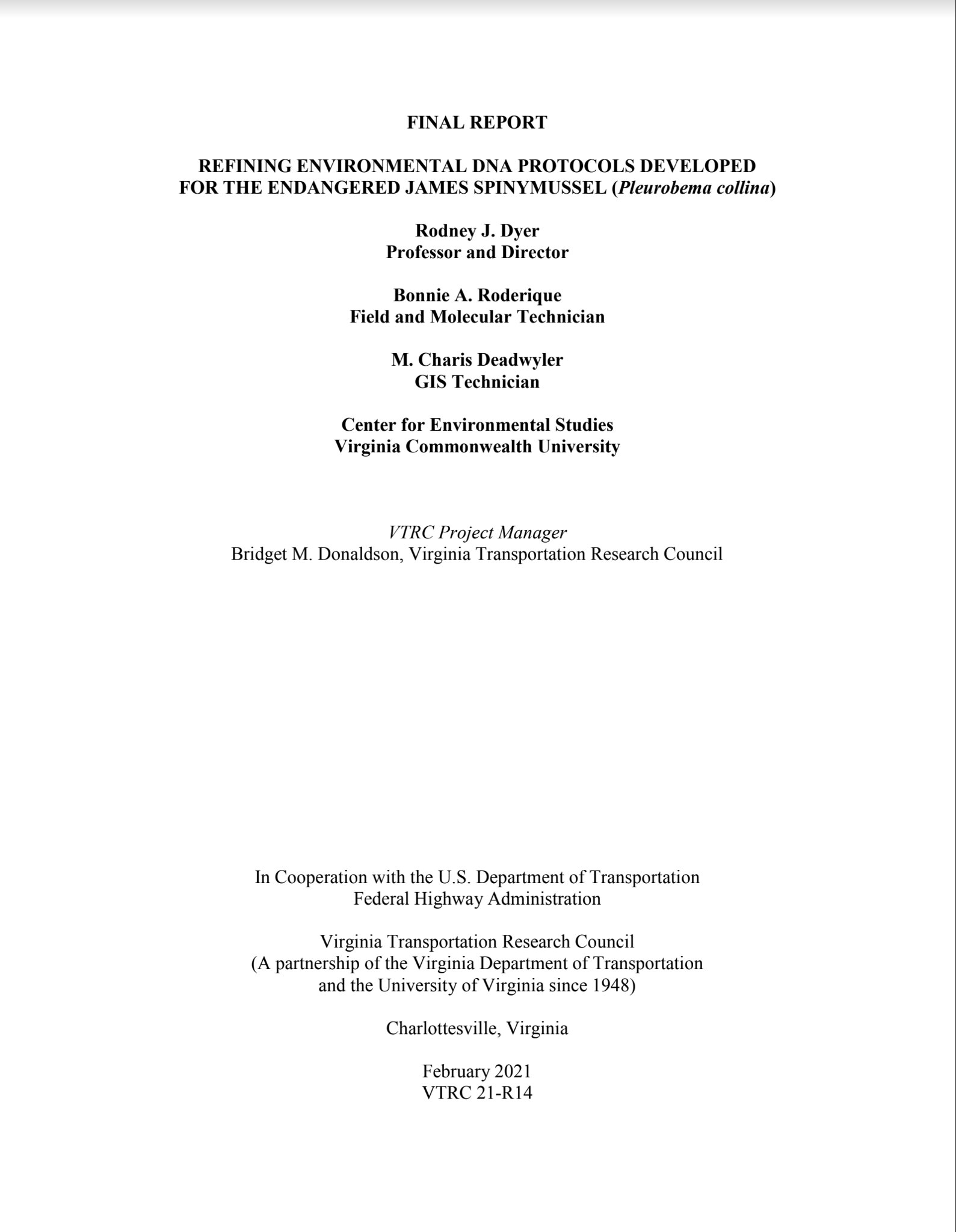 Molecular genetic techniques provide tools that may be used to locate, monitor, and survey the presence of cryptic aquatic species such as the endangered James Spinymussel (Pleurobema collina). Previous work on this species developed protocols that - across a range of conditions - were at least as accurate for detecting the presence of P. collina as currently deployed physical sampling approaches. This project builds upon those findings in three different ways. First, we examined the limits of detection for realistic field conditions and showed that for native populations whose census sizes are on the order of 10 to 20 know individuals, environmental (eDNA) approaches can similarly provide positive evidence of P. collina presence in each case. Second, we tested alternative approaches for both DNA extraction and post-extraction cleanup to identify the most effective combination that reduces the negative effects of PCR inhibition. Tests revealed two viable options that recovered up to 56% of samples previously yielding no PCR product due to environmental inhibition. Third, we performed in situ transect sampling at two different locations to evaluate the extent to which eDNA template concentration can be used to model downstream concentration gradients. Across two sites and repeated sampling sessions, we were not able to construct well supported diffusion approximations for eDNA template concentrations for distances extending up to 500 meters downstream of known populations. The results of this work show that the eDNA approach for P. collina surveys is a viable addition to the suite of tools available to agencies for monitoring and management of this cryptic aquatic species.