The next round of operating systems

So yesterday, Apple introduced the next set of operating systems for iOS, MacOS, tvOS, iPadOS, and tvOS as well as a bunch of interesting upgrades for all the new hardware. I took the plunge with installing it on my M1 Macbook and here are some thoughts on items as I see them evolve.

Overall, most things work out of the box with no problems.

It is still REALLY FAST and new layout for the tabs. 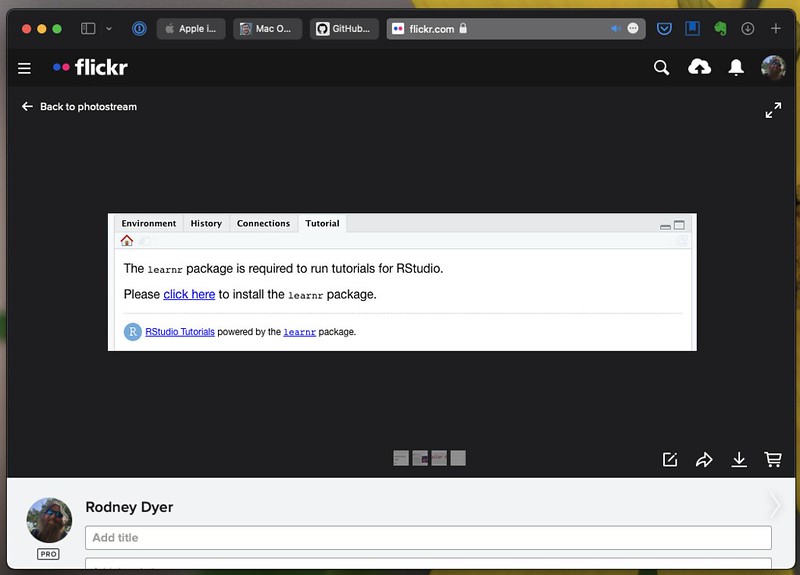 The first thing I did after install it was to install the latest version of XCode, 13 beta. It is a very large installation and I installed the optional development tools.

However, in RStudio, there was no git tab, so I knew there was a problem.

In the terminal, I verified there was an issue by trying to get the status of the same project folder.

To fix it, I had to install some additional tools from the command line.

Now it all works perfectly.